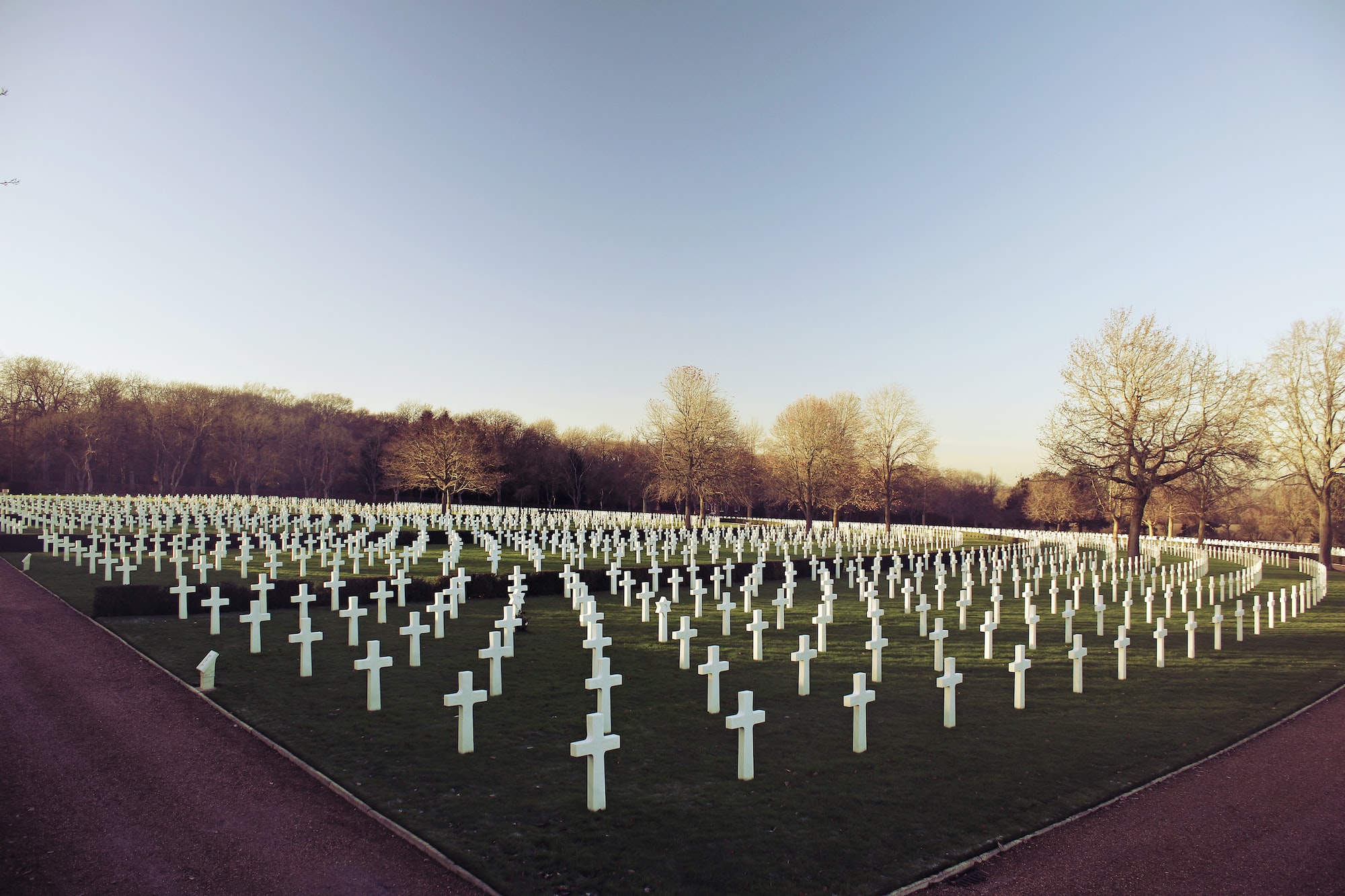 - -  coming soon - -
Have a suggestion for a source? E-mail sources@vaccine-risks.com

In the event that YouTube takes these videos off the platform, here's our self-hosted video.

So now we're going to try and understand why. Why was there this dramatic fall in mortality in case fatality rate from measles particularly, in children from the 1920s onwards. It's an extraordinary effect, and it's not good enough for us simply to say it's better social circumstances, better living conditions, better gross national product. Those do not define, they do not take us closer to understanding precisely what it was about those living conditions that led to this dramatic change. Now, if you go to the World Health Organization's instruction manual for new inductees as vaccinators of the world's children, you will see a very different story. And I'm gonna work by reference to this document many times over the course of this lecture series. But they say, and key point,"The impact of vaccination on the health of the world's people is hard to exaggerate. With the exception of safe water, nothing else, not even antibiotics has had such a major effect on the reduction of mortality and morbidity, on population growth. Is that consistent with what we're seeing in this graph? This is the mortality from measles, in the United States of America, over a similar period. You see the biannual epidemic patten declining dramatically, well in advance of the introduction of the vaccine in the early 60s.

This is nothing to do with the vaccine. This is something very different and understanding what it was that led to that is crucial. But as I've said before, most authorities treat mortality as static. They appear reluctant to present that alone address the reasons underlying this dramatic effect, preferring instead to leave the public with the perception that without Measles vaccine we weren't / wouldn't even in industrialized countries be facing regular plagues of measles: A major killer disease.

So, the question, "Why did the outcome from measles change so dramatically?" Understanding this is so important to understanding the concept of natural herd immunity, and we will come to that. The terms I want you to understand are index case. What is an index case? An index case of measles is someone exposed in the community, for example, at school. A secondary case is someone exposed in the home, and those are two very different circumstances as we will see. The other is a birth order. Birth order has a major influence on the outcome from infectious disease. Low both birth order refers to children born first or second in the family, the older siblings and high birth order forwards to those born as the third child or later, I.e. The younger siblings. Now, for measles, age of our exposure is a major determinant of outcome. And I've said, before, measles at the extremes of age, and the very young and adults is associated with more severe disease and worse outcomes. Childhood three to 10 years of ages is safest time to have measles. And factors influencing the age of exposure, not just age of exposure on its own, but factors that influence the age of exposure will influence outcome from measles, whether it's a more or less severe, more or less dangerous disease.

And I will explain those. So what factors influence the age of exposure? Let's take an average American family in the era before vaccinations are available, the Waltons. And we have there the older sibling John-Boy and the youngest sibling, Elizabeth. Now, their patterns of exposure to measles will be very different. In this next slide, we can see the birth order effect. Low birth order, that is John-Boy, the oldest / older sibling will not have had any siblings to infect him, in the home. So he will have experienced these infections later in life, let's say, when he goes to school, he encounters other children who have measles, and he get measles, he is an index case. He gets his infections later, but he comes home and he infects his baby sister Elizabeth, she's a secondary case, she's infected in the home and she's infected before she's gone to school. In other words, when she is young. So birth order will have a major impact upon the timing of your infection. Now, John-Boy, is the index case, will infect Elizabeth. The family structure is crucial, so the proximity of the births and the number of siblings will also alter this.

In other words, if you are two siblings born close together, the effect of infection in one will be more obvious, more evident on the next grow sibling, than it would be, for example, if the siblings were born 10 years apart. So proximity of births is important, and the number of siblings is important. Now, let's say, four or five of them go to school and get infected at school and they come home and infect Elizabeth, well, then she's going to get a lot of index cases infecting her. And accordingly, a very high dose of exposure. And the other thing to bear in mind are the social circumstances of the family. So, if among the Walton family they are sharing cramped dwellings, if they are sharing a bedroom, if they're sharing a bed and the index case is infecting the younger sibling, then he's gonna be coughing over her all night long, and giving her proportionately a massive dose of exposure compared with his brief exposure at school. So you can see that the structure of the family and the circumstances of their living let's say historically when measles was a major killer in periods of slum dwelling and large families, there was an intensive exposure to secondary cases infected in the home and according to that, a very high morbidity and mortality particularly in those younger children.

So age of exposure is not just a risk per se because let's say the immune system is immature, but because they are also at risk of higher dose exposure, and it's intuitive to believe that higher dose of exposure would make the disease worse. So we have not only the age of exposure, but the intensity or dose of exposure is crucial and factors that influence that are the family structure, the number of siblings, the proximity of siblings in age and the physical proximity of those siblings, one to another in terms of their living and sleeping conditions. And in times gone by, when people were living in circumstances where high numbers of family members were living in very small dwellings, in cramped accommodation in cities, then dose of exposure was very high and the outcome was more severe.

So, the other thing to bear in mind, is urban versus rural dwelling. If you live in the country, it may well be that you do not experience these infections until relatively late. You don't come into communication with them you don't come into contact, but if you're living in dense urban dwellings then you are likely to experience, not only those infections earlier, but other more intensive exposure. So you see this, this discordance between rural and urban dwelling in terms of the susceptibility to severe disease. The other thing to bear in mind that is unrelated to the virus itself is the nutritional status.

And this is something that's clearly changed over time. And I cite in particular three vitamins A, D, and C, which are essential for immune system function. And indeed, in Africa is recommended by the World Health Organization that during epidemics of measles, children are given vitamin A because they are critically deficient in that vitamin, and need it to deal effectively with the infection. So you have these virus-related factors, these socio-economic factors and these nutritional factors, which all conspire to determine the outcome from measles infection. It's very interesting to observe that in the American Civil War measles was a major cause of mortality. Infectious disease killed more people. More soldiers Confederate and Union then died on the battle field, overall two-thirds of soldiers who died in that war 660,000 and all were killed by uncontrolled infectious disease and of these in the Union Army over 67,000 had measles of more than those 4,000 of those die.

Now why, because, of course, they had not at that time experienced measles until they became an age which allowed them to fight in the war. And when they were confined in barracks, in hospitals or in trenches, then they were exposed intensively to measles virus and accordingly, it became a very severe disease. Now we can start to understand what statements like improved standard of living or social changes mean what they are in effect is a proxy for the dose, and the age of exposure to the virus. With increasing urbanization communal activities like schooling epidemics became established, and regular epidemics had the effect of ensuring almost universal exposure in childhood. That had the effect of protecting adults from getting measles because everybody got it at school or as a child. And this associated with the change in those factors that influence disease severity in the home, that is reducing family size, the disappearance virtual disappearance of cramped / crammed slum dwellings improvement in nutrition and sanitation which again protected from death from secondary bacterial infections. All of these things conspire to lead to a declining mortality from measles. And so what these did when we go back and look at this graph again, that over time, there was this constraint upon the age of exposure that squeezed it together.

So that more and more and more children were exposed meaning fewer infants and fewer adults were exposed. And this really underlies the concept of herd immunity. Herd immunity improved and changed it changed because we saw this change in pattern of transmission of the disease. Now, there's one other crucial factor, one other crucial player in this whole story and that is mother. That is Olivia Walton and her ability, having suffered measles herself as a child to communicate, to pass on that immunity to her baby, to her infant during the first five months, six, seven months of life, to protect them at the most vulnerable time from getting measles. And so, transplacental transfer of antibody particularly during the last trimester of pregnancy, and in breast milk served to protect the newborn infant at least up to five to six months and perhaps longer from developing measles at that particularly vulnerable period.

That is an essential component of natural herd immunity. These things came together to produce this dramatic fall in case fatality rate, this dramatic change in the outcome from measles. That is what vaccination has to compete with. That is the effect of natural herd immunity. And what I want you to do is an exercise is to understand the significance of index versus secondary cases. Family size and structure. High and low birth order. Urban and rural dwelling and the effect of nutrition in sanitation in really shaping what we under the umbrella of social change improved social circumstances, living circumstances ascribe the change in outcome from measles infection.